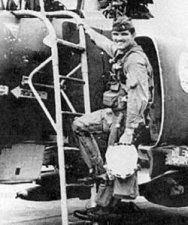 The Mission
On the night of 09 Nov 1967, then- LTC John Armstrong , commander of the 480th Tactical Fighter Squadron based at Da Nang, South Vietnam, and Weapons System Officer CAPT Lance P. Sijan, were tasked with a bombing mission in the Ho Chi Mih Trail area of Laos. The target was Ban Loboy Ford, and a second F-4C was along as wingman. Shortly before 9 PM, Armstrong rolled in on the target and released his ordnance. Almost immediately, the aircraft was engulfed in a ball of fire and entered a banking climb to about 10,000 feet before rolling to a near vertical plunge into the jungle below. Neither the Forward Air Controller nor Armstrong's wingman saw parachutes, but initiated SAR at once.

The Search And Rescue (SAR) forces established contact with Sijan, who was badly hurt during his ejection and landing, but were unable to pick him up. SAR efforts continued the next day, but were called off when no further radio contact could be established with Sijan. No contact was made at any time with LTC John Armstrong. Both men were placed in MIA status.

Although wounded and without food, water, or even his survival kit, Sijan managed to evade the Pathet Lao and North Vietnamese forces for 46 days before being captured on Christmas Day 1967. By that time, he was emaciated and in extremely poor shape. Never the less, he managed to cold-cock his guard and escape, but was recaptured within hours. He was transported to a holding compound in Vinh, North Vietnam, where he was put into the care of other American POWs. After another trip to Hanoi, Sijan's body failed him and he died of wounds and exhaustion on 22 January 1968. His mental determination and physical stamina so impressed his fellow POWs that, upon their return, Sijan was nominated for and received the Medal of Honor. The award was presented posthumously to his parents, Mr. & Mrs. Sylvester Sijan, by President Gerald R. Ford on March 4, 1976.

Citation: While on a flight over North Vietnam, Capt. Sijan ejected from his disabled aircraft and successfully evaded capture for more than 6 weeks. During this time, he was seriously injured and suffered from shock and extreme weight loss due to lack of food. After being captured by North Vietnamese soldiers, Capt. Sijan was taken to a holding point for subsequent transfer to a prisoner of war camp. In his emaciated and crippled condition, he overpowered one of his guards and crawled into the jungle, only to be recaptured after several hours. He was then transferred to another prison camp where he was kept in solitary confinement and interrogated at length. During interrogation, he was severely tortured; however, he did not divulge any information to his captors. Capt. Sijan lapsed into delirium and was placed in the care of another prisoner. During his intermittent periods of consciousness until his death, he never complained of his physical condition and, on several occasions, spoke of future escape attempts. Capt. Sijan's extraordinary heroism and intrepidity above and beyond the call of duty at the cost of his life are in keeping with the highest traditions of the U.S. Air Force and reflect great credit upon himself and the U.S. Armed Forces.

The above information and photograph provided by virtualwall.org

Videos below are posted on You Tube and appear, via embedded link, on this page. 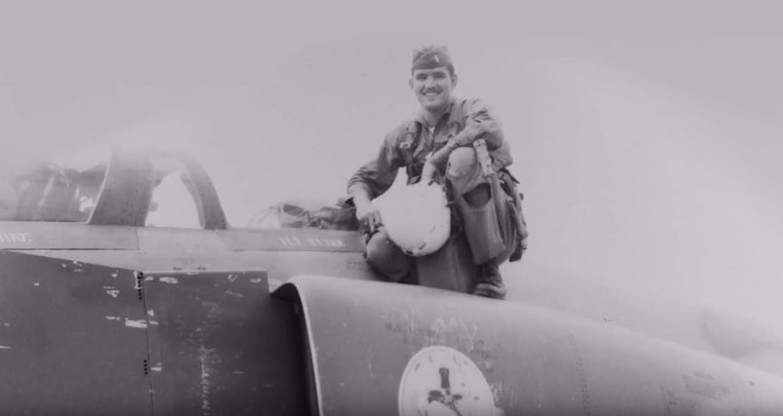 Lance P. Sijan, at the time a First Lieutenant, on his F-4C at Da Nang Air Base, Republic of Viet Nam 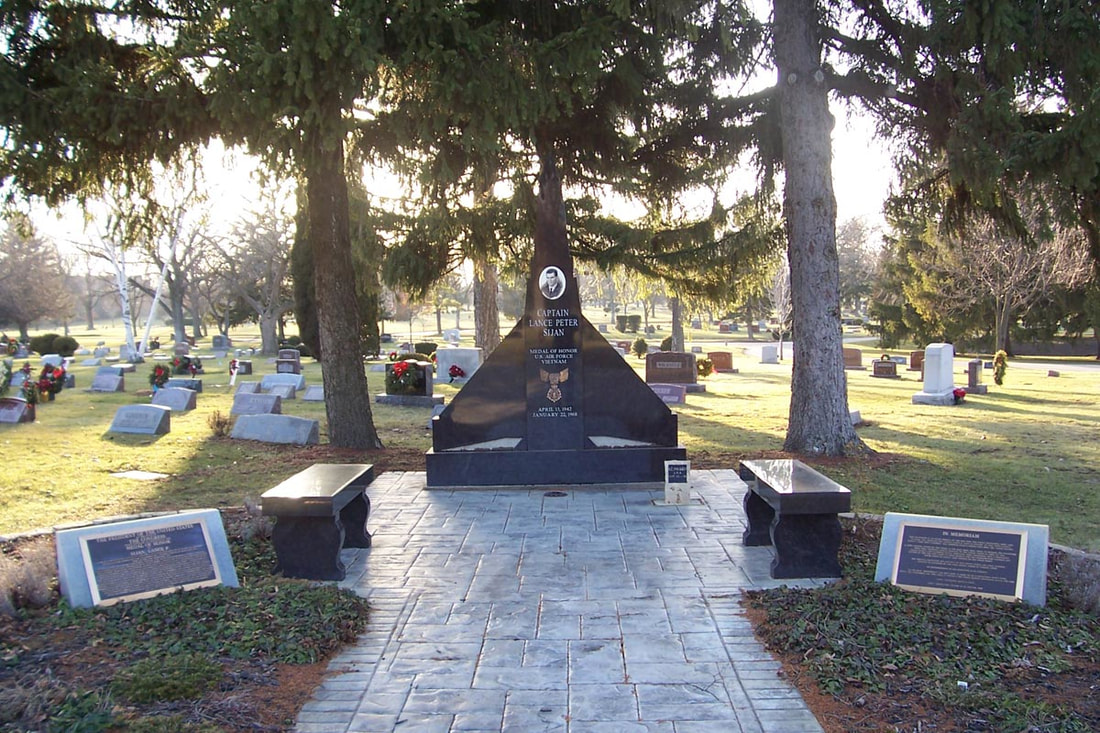 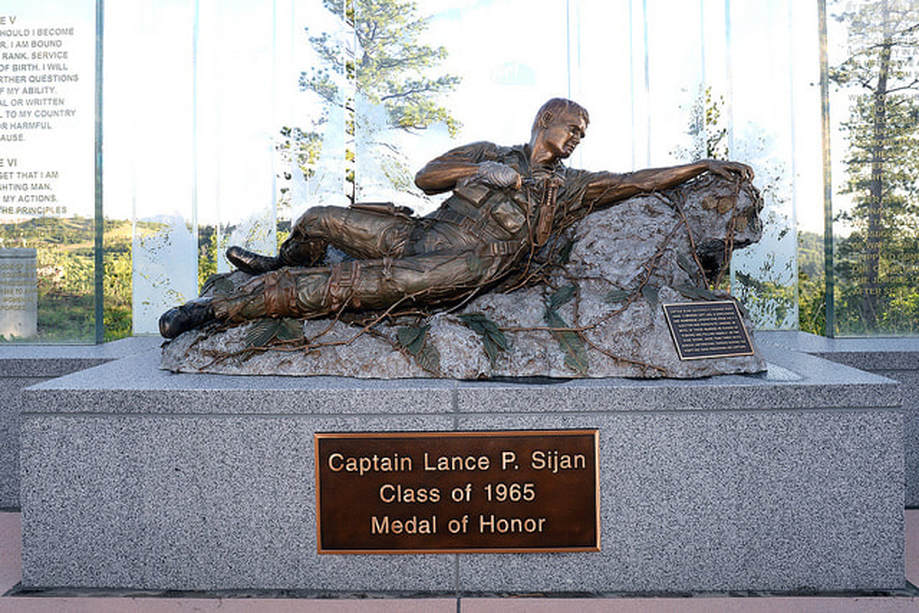 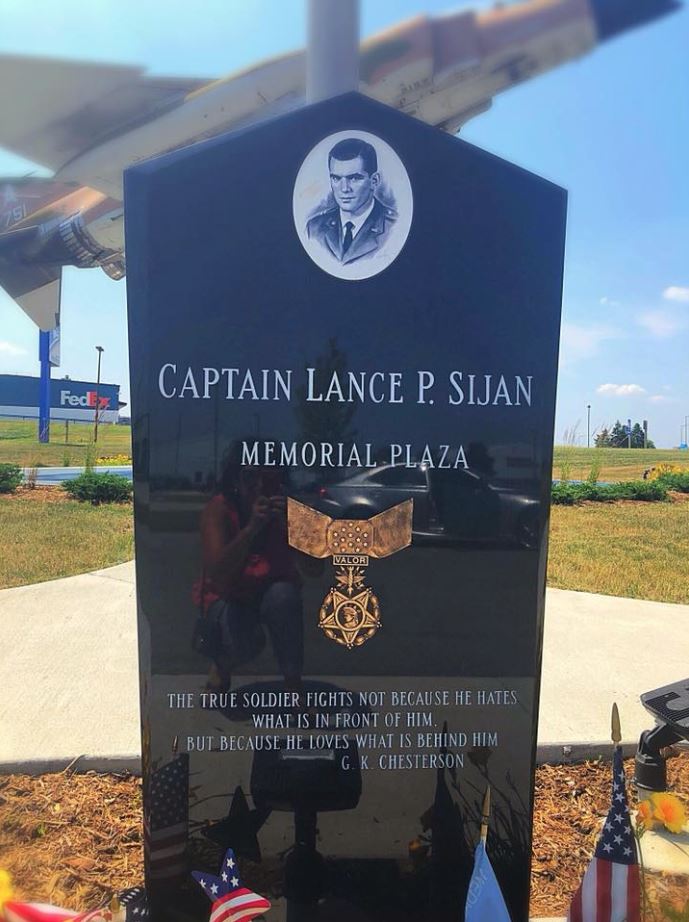