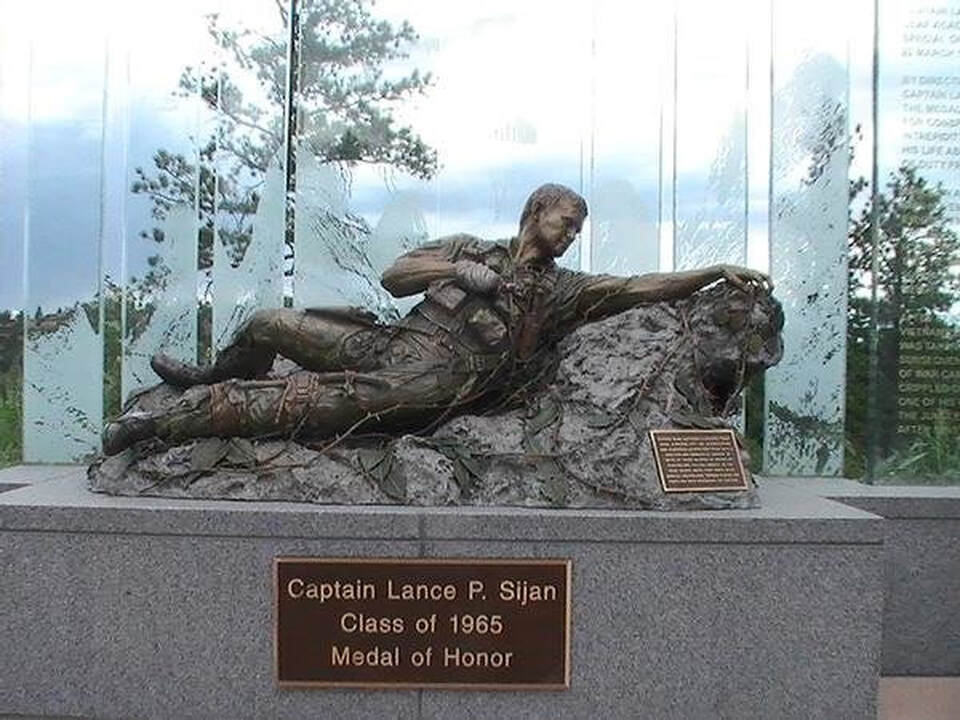 Other pictures available on the Sijan Memorial Sculpture designer's web site:  https://www.jamesnancesculpture.com/lance-sijan-memorial/
Sijan's heroism and courage brought him numerous honors. The United States Air Force created the Lance P. Sijan Award, recognizing individuals who have demonstrated the highest qualities of leadership in their jobs and in their lives. It has become one of the U.S. Air Force's most prestigious awards.
Because Sijan was the first graduate of the United States Air Force Academy to receive the Medal of Honor, a cadet dormitory, Sijan Hall, was named after him. The dormitory was dedicated on Memorial Day, 1976. 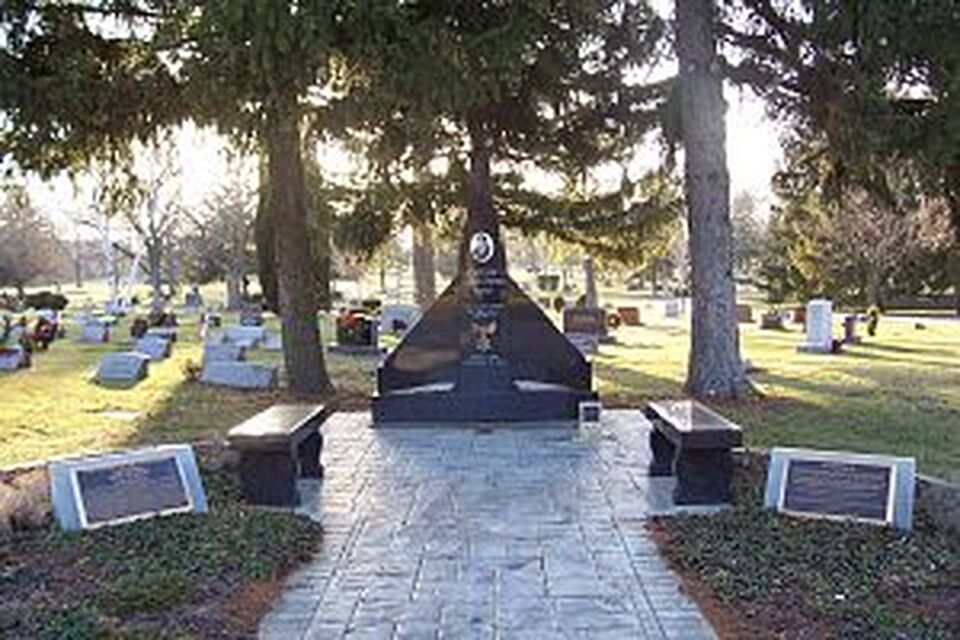 Captain Lance Peter Sijan was posthumously awarded the Congressional Medal of Honor. Sijan served in the United States Air Force during the War in Viet Nam as a Captain and pilot of an F-4C aircraft. At the time of his last mission Sijan was assigned to the USAF, 366th Tactical Fighter Wing, at Da Nang Air Base, Republic of Vietnam. He was awarded the CMOH for his bravery while a Prisoner of War in North Vietnam. His citation reads "While on a flight over North Vietnam, Capt. Sijan ejected from his disabled aircraft and successfully evaded capture for more than 6 weeks. During this time, he was seriously injured and suffered from shock and extreme weight loss due to lack of food. After being captured by North Vietnamese soldiers, Capt. Sijan was taken to a holding point for subsequent transfer to a prisoner of war camp. In his emaciated and crippled condition, he overpowered 1 of his guards and crawled into the jungle, only to be recaptured after several hours. He was then transferred to another prison camp where he was kept in solitary confinement and interrogated at length. During interrogation, he was severely tortured; however, he did not divulge any information to his captors. Capt. Sijan lapsed into delirium and was placed in the care of another prisoner. During his intermittent periods of consciousness until his death, he never complained of his physical condition and, on several occasions, spoke of future escape attempts. Capt. Sijan's extraordinary heroism and intrepidity above and beyond the call of duty at the cost of his life are in keeping with the highest traditions of the U.S. Air Force and reflect great credit upon himself and the U.S. Armed Forces".