Every service member must swear the enlistment Oath. The Oath is something that every service member must promise and adhere to for his/her entire military career. This will be the final thing you do at the Military Enlistment Processing Station (MEPS). After you have gone through the entire MEPS process and have had a final interview and fingerprints done, you will swear the Oath of Enlistment. From there you are on your way to Basic Military Training. 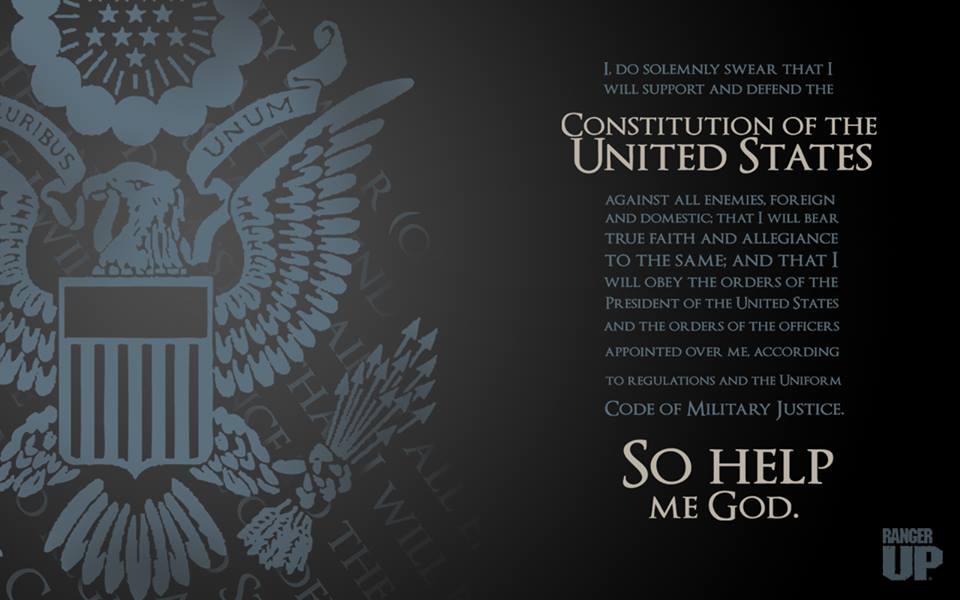 The Oath of Office (for officers):
"I, _____ (SSAN), having been appointed an officer in the _____ (Military Branch) of the United States, as indicated above in the grade of _____ do solemnly swear (or affirm) that I will support and defend the Constitution of the United States against all enemies, foreign or domestic, that I will bear true faith and allegiance to the same; that I take this obligation freely, without any mental reservations or purpose of evasion; and that I will well and faithfully discharge the duties of the office upon which I am about to enter; So help me God."