On Friday September 22, 2017 The 366th Fighter Association dedicated a Bench, in Memorial Park, honoring Vietnam Era Veterans of the 366th Tactical Fighter Wing. Those who came to be known as "The Gunfighters".
The thirty minute dedication ceremony, open to the public, was attended by more than one hundred people.

Credit for recording and production of this video go to Nick Kneer of Nick Kneer Photography, Dayton, Ohio. 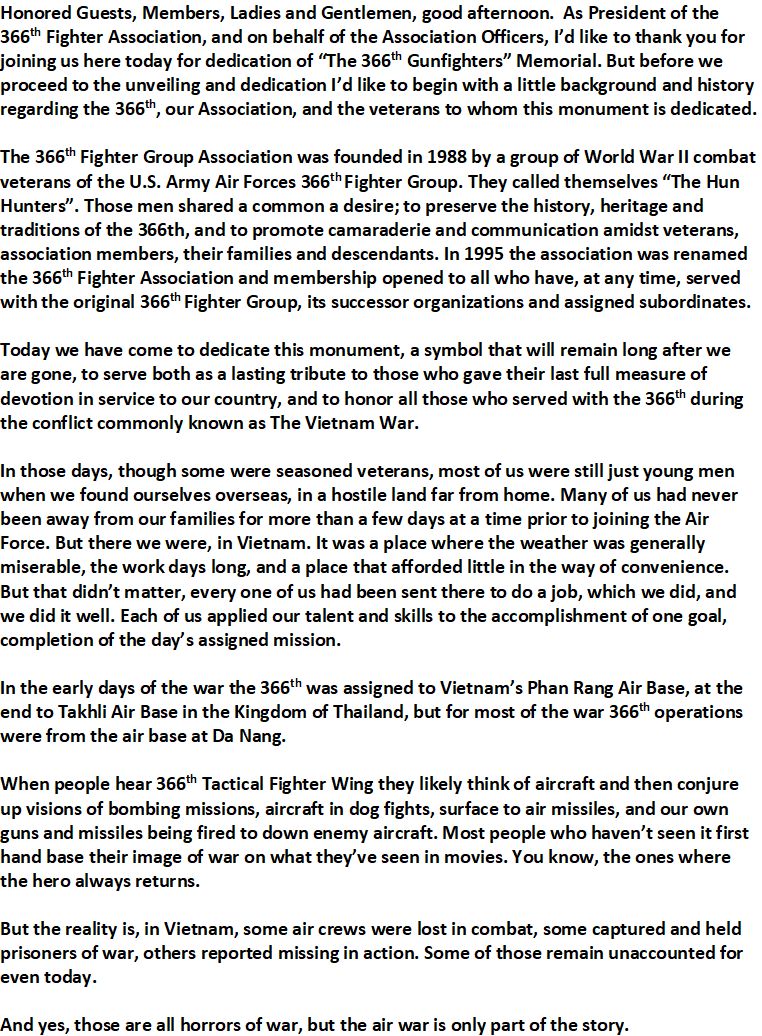 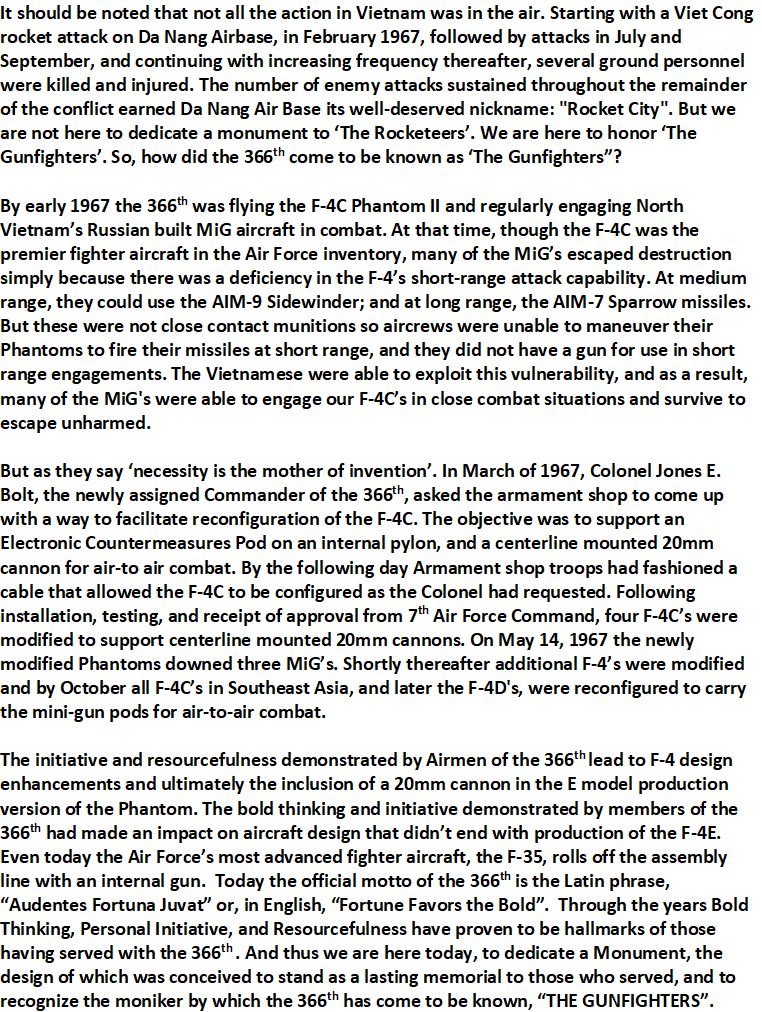