The following text and photos are from an article on, David Cenciotti's Weblog,
The AVIATIONIST and appear here with the express consent of David Cenciotti.

David is a freelance journalist based in Rome, Italy. He is the Founder and Editor of “The Aviationist”, one of the world’s most famous and read military aviation blogs. Since 1996, he has written for major worldwide magazines, including Air Forces Monthly, Combat Aircraft, and many others, covering aviation, defense, war, industry, intelligence, crime and cyberwar. He has reported from the U.S., Europe, Australia and Syria, and flown several combat planes with different air forces. He is a former 2nd Lt. of the Italian Air Force, a private pilot and a graduate in Computer Engineering. He has written four books. 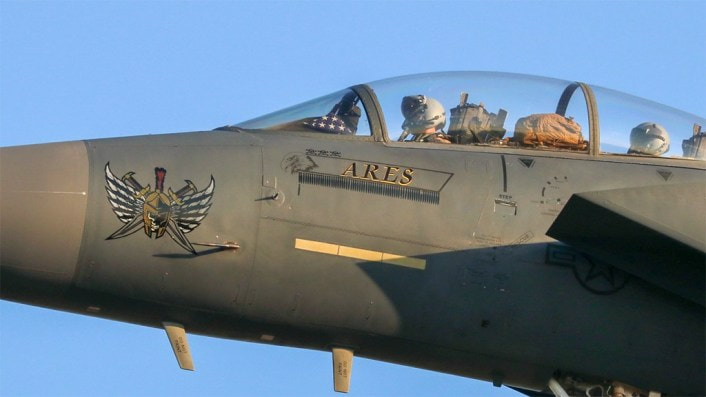 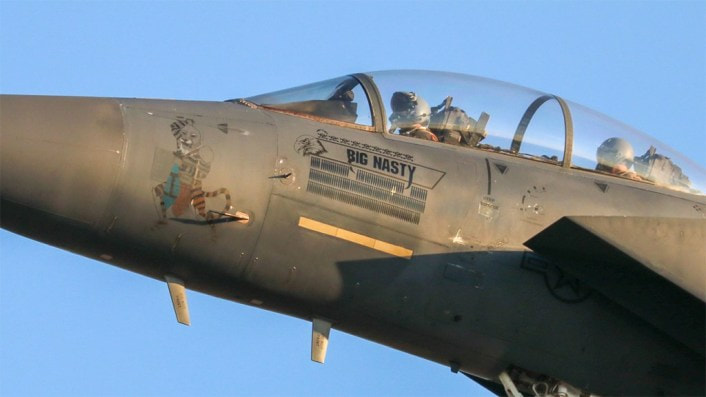 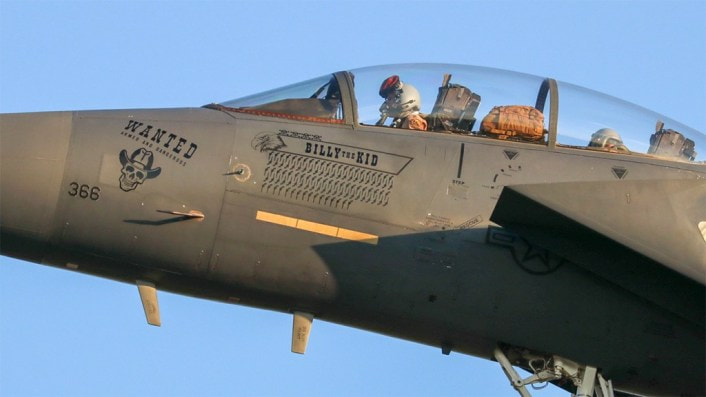 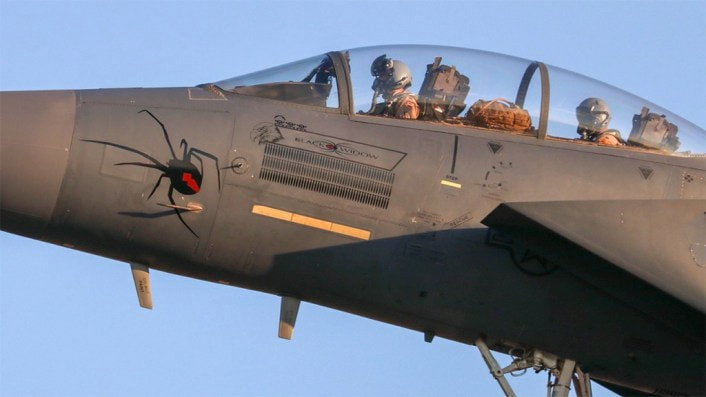 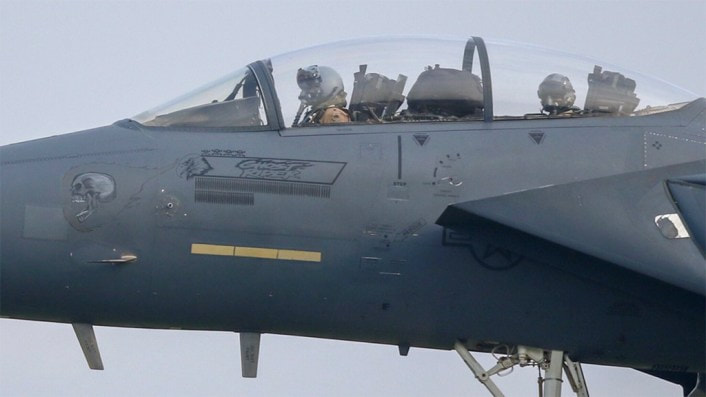 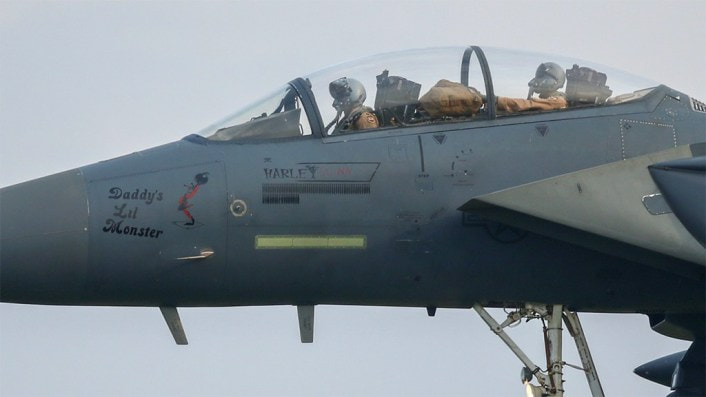 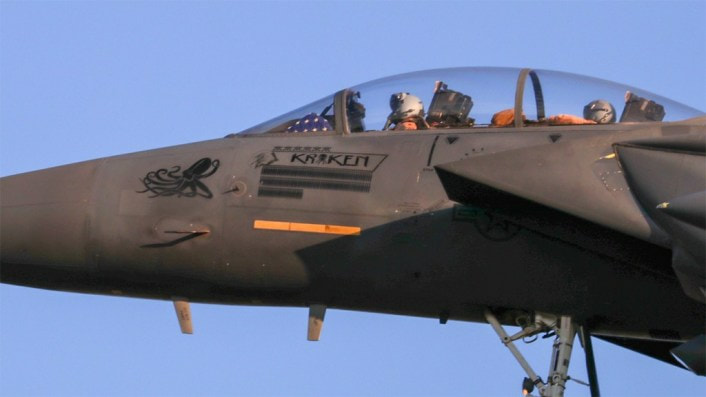 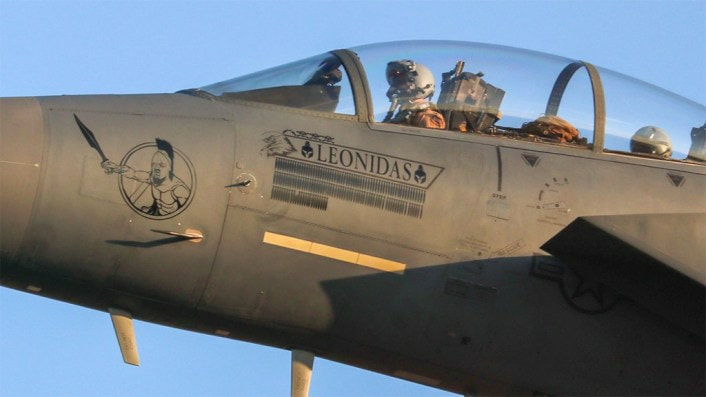 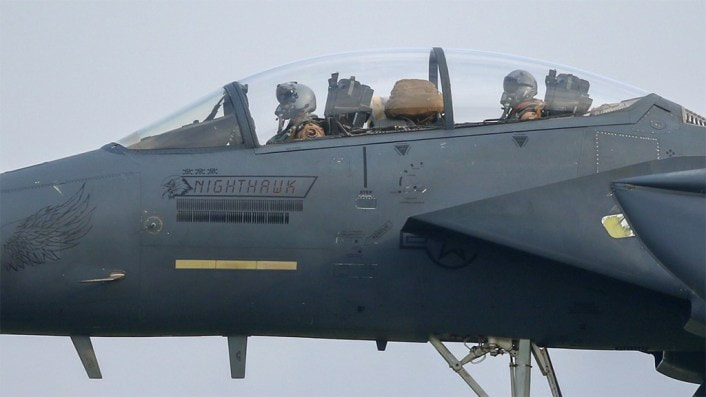 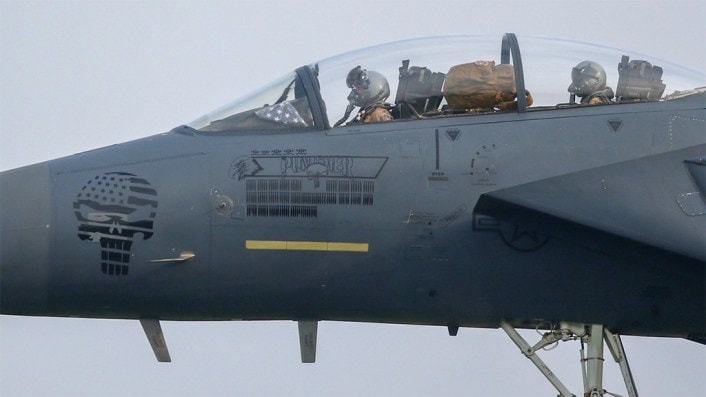 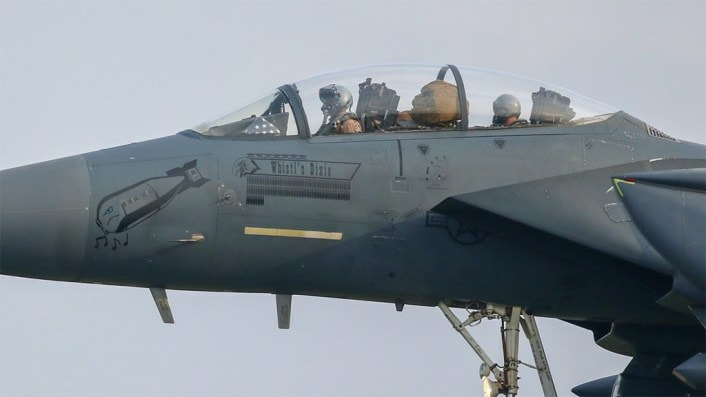 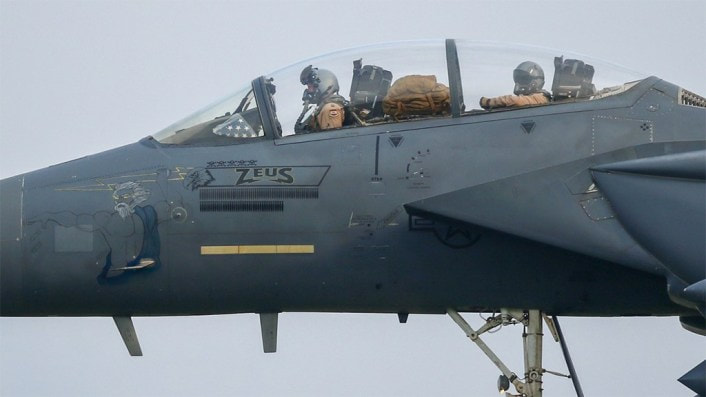 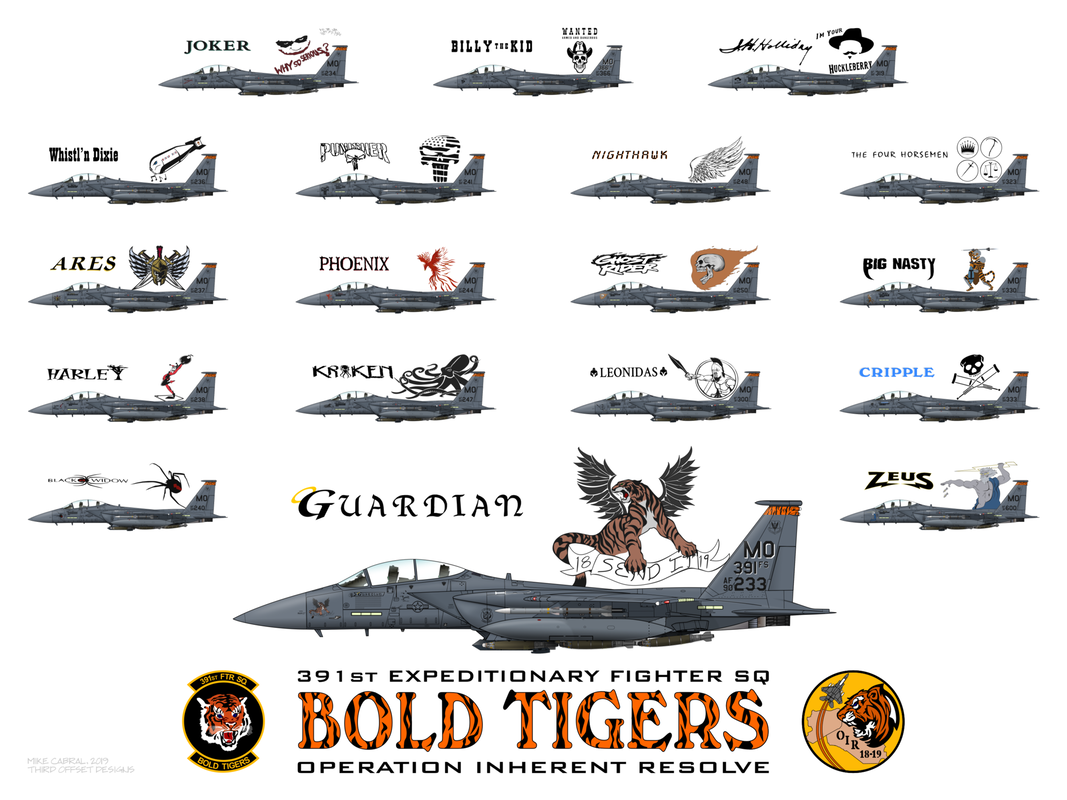 The following is a Mt Home AFB News article regarding aircraft 90-0234, nicknamed "JOKER" . Of the eighteen returning aircraft the Joker is one of the six that arrived at a different time and were not photographed with the twelve shown in the nose art photos above.

MOUNTAIN HOME AIR FORCE BASE, Idaho -- On April 29, 2019, an article featured in “The Aviationist” magazine highlighted unique nicknames and nose art of four 391st Fighter Squadron F-15E Strike Eagles (Bold Tigers) as they made their way back from deployment in support of Operation Inherent Resolve in Southwest Asia. The Bold Tigers, designated the 391st Expeditionary Fighter Squadron while deployed, supplied 18 jets for a six-month deployment. On their way home, photographers captured images of the nose art and victory markings on the aircraft.
The biggest question to come out of the article focused on jet 90-0234, nicknamed “Joker.” With the unique markings on the front of that plane, many people reached out to me as the wing historian to figure out what it meant.
One symbol of two crossed pistols and four skull and crossbones with a “W” on the skeleton’s forehead had lots of Air Force historians stumped and asking for a definitive meaning.
There was nothing in the wing’s historical collection archives that could point to an answer. These images did not reflect any of the WWII, Vietnam War or Gulf War victory markings. They also did not correspond with any one particular type of target. This was the only jet where we were unsure of the meaning behind the imagery, so we wanted to get as close as possible to the source to figure it out.
Armed with photographs of the jet and an audio recorder, the A1 (personnel) superintendent and I headed to the Bold Tigers headquarters building to conduct an impromptu oral history research to ask the experts.
Master Sgt. Richie Bill, 391st FS weapons loading NCOIC, was uncertain, and said “discrepancies like that naturally occur in the maintenance world.”
While he remained unsure of the meaning, he suggested the crew chiefs might have more knowledge.
Walking around Bold Tigers country, many squadron members offered guesses as to the meaning behind the skull and crossbones, the “W” on them and the crossed pistols. “Warheads on foreheads” was suggested as a possibility for the “W” marking. The pistols might have stood for the aircrew actually needing to use their service weapons, or perhaps for some sort of sharpshooting.
In previous conflicts such as WWII, an enemy nation’s flag or symbol indicated an aerial victory, and an Iron Cross or a Swastika meant a U.S. aircraft shot down a Nazi-German aircraft.
Tech. Sgt. Justin Burk from the 391st FS described how “during the Vietnam War, there used to be MiG outlines” painted on U.S. Air Force planes to show the confirmed kills that resulted from aerial victories against North Vietnamese MiG-19 and MiG-21 aircraft.
Five minutes later, we had our answer.
“The skull and crossbones are Winchesters, and the guns are if they did gun runs,” explained Staff Sgt. Robert Herrera, 391st FW.
He was a member of the deployed 391st EFS and had firsthand knowledge of the imagery depicted on the jets. The Winchester designation indicates a jet that departs on a mission fully loaded with bombs and returns after the mission with nothing on it.
The crossed pistols indicated a jet had performed strafing runs, or machine gun fire, during a mission.
While discussing with Herrera how the symbol was not something the history office or an internet search could decipher, he offered additional perspective on the victory markings.
“We kind of made it up,” he said. “We kept testing out different things. The goal was to have artwork on the jets that was unique to this particular OIR deployment.”
Case solved. Welcome home, Bold Tigers.